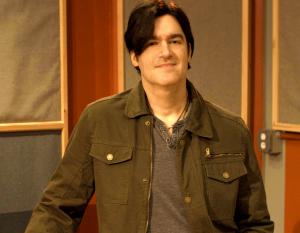 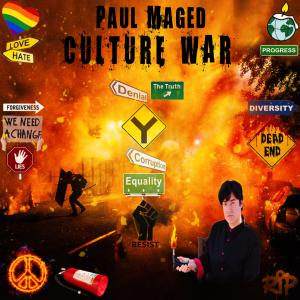 Told through the lens of the nightly “Paul Witness News” report, the clip humanizes the two sides of the issues currently dividing the country.

Paul Maged traffics in killer riffs with a conscience. He’s got a “rock band mentality inside a singer-songwriter,” says the NYC-by-way-of-Boston multi-instrumentalist himself. His fifth full-length, Culture War, has the energy of a room full of rockers but retains the clear focus that comes from one hand steering the ship. The heart of an activist with the hook savvy of a chart-topper, notes of Pearl Jam, Green Day, and the Killers bleed through the speakers. He’s had songs placed in between UFC brawls and MTV reality hits and recently took a spot in a Billboard songwriting competition. Culture War is his first LP since 2014’s Diamonds & Demons, and its release date could not be more perfect: Election Day, November 3rd. The title track will be the first single; it’s anthemic as hell, and it had better be, because it takes on a beast of a subject.

One of the heavier standouts on a record that explores several socially conscious themes as well as personal emotions as we navigate through our daily lives, “Culture War” takes the good fight to nearly societal ill you can shake double devil horns at. Musically, the track is a blast of Iron Maiden’s laser-precise picking and dynamics, mixed with just enough of Cornell’s highs to drive the song’s many points home. The punk protests in the lyrics may be catchy as all get out, but according to Maged, “I had a lot to get out on this record. It was a two-year therapy session.” Uneasy topics don’t come easy when your music does more than go through the motions. Maged self-produced the record, and the serrated edge of “Culture War” is a raw, emotional intro to a triumphant, cathartic album born of one man’s pain laid bare.

Directed by MY3D, the song’s 3D-animated video is a frenetic trip through protests, an impromptu outdoor rock show, and quite possibly the end of the world. Told through the lens of the nightly “Paul Witness News” report, the clip humanizes the two sides of the issues currently dividing the country. It’s plain as the mask on your face that Maged is a true believer in the unifying power of rock ‘n roll, and we could use a lot more rockers like him right about now. That’s not to say he’s naive, as evidenced by the presence of a few ominous characters who pop up throughout. The video’s tongue-in-cheek humor even somehow manages to make its apocalyptic ending endearing. If we’re gonna have ourselves a “Culture War,” it’s good to know that there’s a voice of reason out there – and it’s cranked up to 10.

EIN Presswire’s priority is source transparency. We do not allow opaque clients, and our editors try to be careful about weeding out false and misleading content. As a user, if you see something we have missed, please do bring it to our attention. Your help is welcome. EIN Presswire, Everyone’s Internet News Presswire™, tries to define some of the boundaries that are reasonable in today’s world. Please see our Editorial Guidelines for more information.