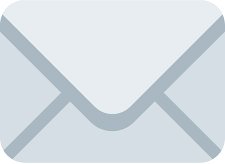 The town of Neenah, Wis., is taylor-made for a folk song. The thought of childhood in a small town in the Midwest conjures up plenty of images on its own, and singer/songwriter D.B. Rouse puts his own personal spin on that with his latest single, “Talkin’ Neenah Blues.”

The track, much like the town itself, is simple in nature with a sound that feels heartwarming to say the least. With just a bright acoustic guitar and a storyteller’s delivery, Rouse tells you all about the place he grew up in, and childhood memories that play like the opening scene of a period piece movie. While he would later begin travelling the country playing music, Rouse recently returned to a family home in northern Wisconsin during the pandemic, where the song was written.

“I don’t think I could’ve written this song while I was still living in Neenah” said Rouse. “After a few years away, thinking back about growing up there, and the time in my life that I had there, it came to me pretty easily. It was my window to the world, and it was where I really learned a lot about life.”

“Talkin’ Neenah Blues” is just part of a handful of songs that Rouse is preparing to release on an upcoming EP, entitled Grow Up. As part of his efforts to get through the pandemic, which for many has been a creative black hole, Rouse and a colleague began tasking one another with song topics, and a weekly deadline to submit them to one another to keep the juices flowing. The process would ultimately result in some of the songs that wound up on the upcoming release.

Stay on top of the news of the day
Subscribe to our free, daily e-newsletter to get Milwaukee’s latest local news, restaurants, music, arts and entertainment and events delivered right to your inbox every weekday, plus a bonus Week in Review email on Saturdays.

“When the quarantine started, we drove up from southwest Texas to Wisconsin, and my family has a cabin up here. After I had a collection of songs that I thought was strong enough, I spent about a month non-stop recording in the room that I used to live in when we were up here. I ended up keeping about four or five songs from the song a week process.”

Songs like “Talkin’ Neenah Blues” are important in this climate, because it can be a sort or return to the pure things in life. While Neenah may be a small town best known for its manhole covers and paper products, D.B. Rouse holds it dear, and that shines through on the new single.