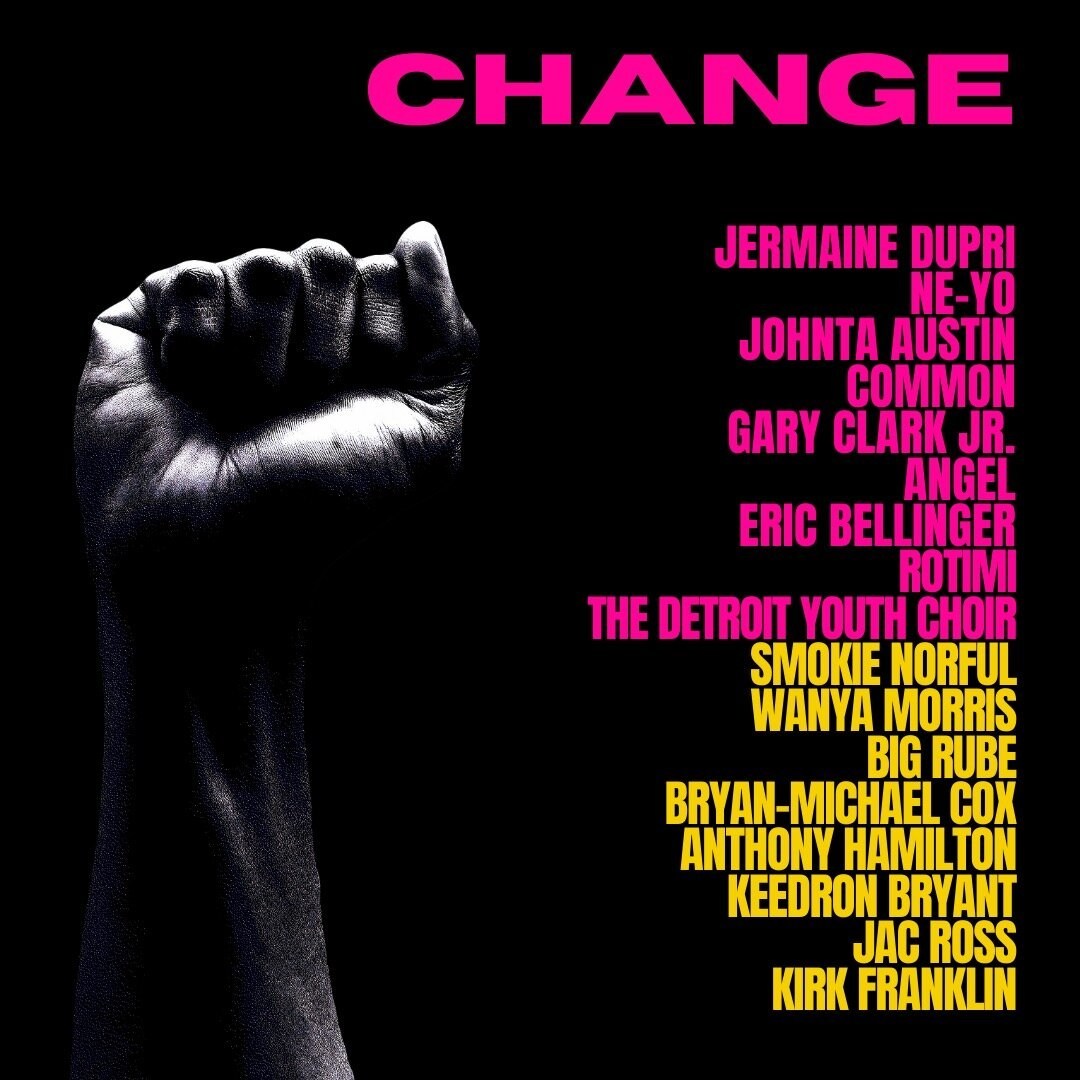 ATLANTA, Oct. 23, 2020 /PRNewswire/ — GRAMMY®-winning mega-hit makers Jermaine Dupri, Ne-Yo, Johntá Austin and Bryan Michael Cox have teamed up with a lineup of music superstar friends, on the new single “CHANGE” (So So Def Recordings), available now on digital music providers. In conjunction with the release of “CHANGE” from Jermaine Dupri, Ne-Yo, Johntá Austin, and Friends, the new song will also be played today, October 23rd, at the top of every hour on all iHeartRadio R&B stations. Urging change, proceeds from the song are benefitting the Social Change Fund, a charitable initiative created by philanthropists, entrepreneurs, and NBA superstars Carmelo Anthony, Chris Paul, and Dwyane Wade to support critical and timely issues impacting the Black community.

“We created the song to call attention to these long-standing issues,” stated Dupri. “Members of the global community are now awakened to issues affecting BIPOC. The global pandemic forced us all to reevaluate everything from our health to police brutality and systemic racism. We are now witnessing a paradigm shift that creates an opportunity for real impactful change. ‘CHANGE’ only resonates the need for topics that should have always been prioritized.” Written by Dupri, Austin, Cox and Ne-Yo, they have joined forces on “CHANGE” with a “who’s-who” lineup of megawatt voices and rising stars, to create a powerful anthem advocating for continued social activism and addressing the injustices affecting Black men.

“Sparking a call for positive progress the mission for ‘CHANGE’ for me is to inspire and uplift, comments Austin.  “Throughout the years we have seen music serve as the catalyst that pushes listeners to believe that something beautiful is possible and to see themselves in their fellow listener who shares the same love of music. I hope that with

‘CHANGE’ we can give someone the words to express what they feel, the way that so many songs have done for me.”

“Using their talents on “CHANGE,” they’re giving voice to the ongoing disparities and pains that Black men face today, who are disproportionately affected by the consequences of racism and social injustice. Speaking on their shared mission in the music community to forge a global impact,” stated Ne-Yo  “This song is about inspiration, motivation and determination. The current and next generation need to know someone is rooting for them, someone believes in them. This song is that reminder.”

Jermaine would like to thank everyone who donated their time and talents to this project, So So Def Recordings, Straight Up Entertainment Group, W&W Public Relations, Inc., Symphonic, who are flowing through 100% of all royalties to the Social Change Fund, and the artists who shared their talents.