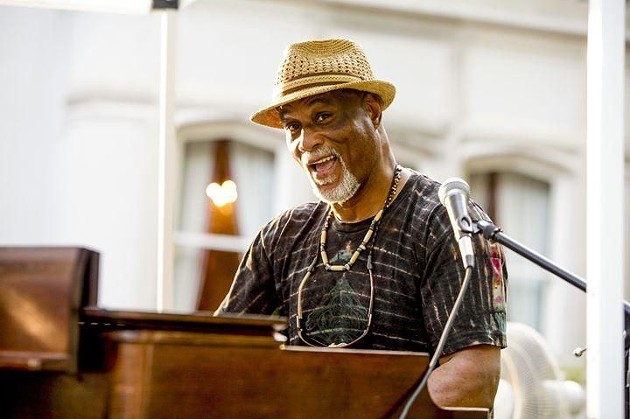 AS YOU might expect, the Savannah Jazz Festival will be looking a lot different this year. Over its nearly four-decade run, the festival has brought some of the biggest names in jazz to town and attracted audiences in record numbers for the city.

This year, given the ongoing pandemic, the festival will be happening on a much smaller scale in person, though it will ultimately have a much wider reach thanks to TV and radio broadcasts.

“The big elephant in the room was, obviously, what do we do now?” Executive Director Paula Fogarty tells Connect. “This will be our 39th year, and we’ve grown our audience attendance tremendously year after year. Last year we clocked in over 55,000 people. So we’re really growing, and so when we couldn’t gather in public we couldn’t raise funds.”

Given the fact that the festival relied on sponsorship from the City of Savannah, as well as other donors, the staff at Savannah Jazz Festival had to figure out what exactly it was they were selling, and how to keep things going amid so much uncertainty.

“I have to say that the board of directors for the Savannah Jazz Association is probably the best not-for-profit board I’ve ever worked with, in terms of being aligned on our mission and sticking to it,” Fogarty says. “We’re a ‘get it done’ type of organization, and the board really stepped up with me.”

Fogarty says that there was a united determination to do a Jazz Festival in 2020, with board member and Benedetto Guitars president Howard Paul even coining this year’s festival the “Come Hell or High Water Festival.”

Ultimately, through “many, many long meetings,” they came up with something akin to a telethon. The festival will be live streamed and broadcast, with breaks in between sets that feature speakers talking to artists, the Mayor, stakeholders, and sponsors.

“It’s not one of those static, single-camera things that stare at the stage. We needed it to be dynamic,” Fogarty says, adding that they chose Ships of the Sea Maritime Museum as a venue in part because of the outdoor, open-air nature of the space.

Dick Broadcasting is also involved to assist in livestreaming and broadcasting.

“To my mind, some key words to jazz apply here: improvisation and collaboration. Without our partners, we really couldn’t present what we’ve presented to the city,” Fogarty says. They ultimately got a full endorsement from the city with full grant money intact.

“I have to commend the leadership of the Savannah—the cultural resources commissioners, the Mayor, city counsel: they see the value in what we do,” she says.

Some of the artists on tap for this year’s festival include legends like Ike Stubblefield and Buckwheat Zydeco, Jazmin Ghent, Emmett Cohen, Eric Culberson, Pat Bianchi, and more. Fogarty says that all of the artists were told they would not be allowed to fly in, meaning that everyone playing will be contained in their own vehicles rather than on a public flight.

What’s perhaps most important to note this year is the safety precautions for in-person audiences.

“Our safety guidelines are very strict, but it’s still going to have a totally live audience vibe,” Fogarty notes.

“We’re going to have 25-30 people in the studio audience, and they’ll be socially distanced. But it will look like a jazz club, and there’ll be a dance floor. The live audience component is so vital to the quality of performance; you have to have an audience to feed off of in jazz. That was an element that we could not leave out.”

Audience members will be selected through a random attendance raffle, where people can enter to attend a randomly-chosen show over the course of the five-day festival, which begins with a movie night on Wed., September 23.

“I just really want to encourage everybody to stop, pause, turn on the broadcast, and enjoy what we have to give not only Savannah but the world.”