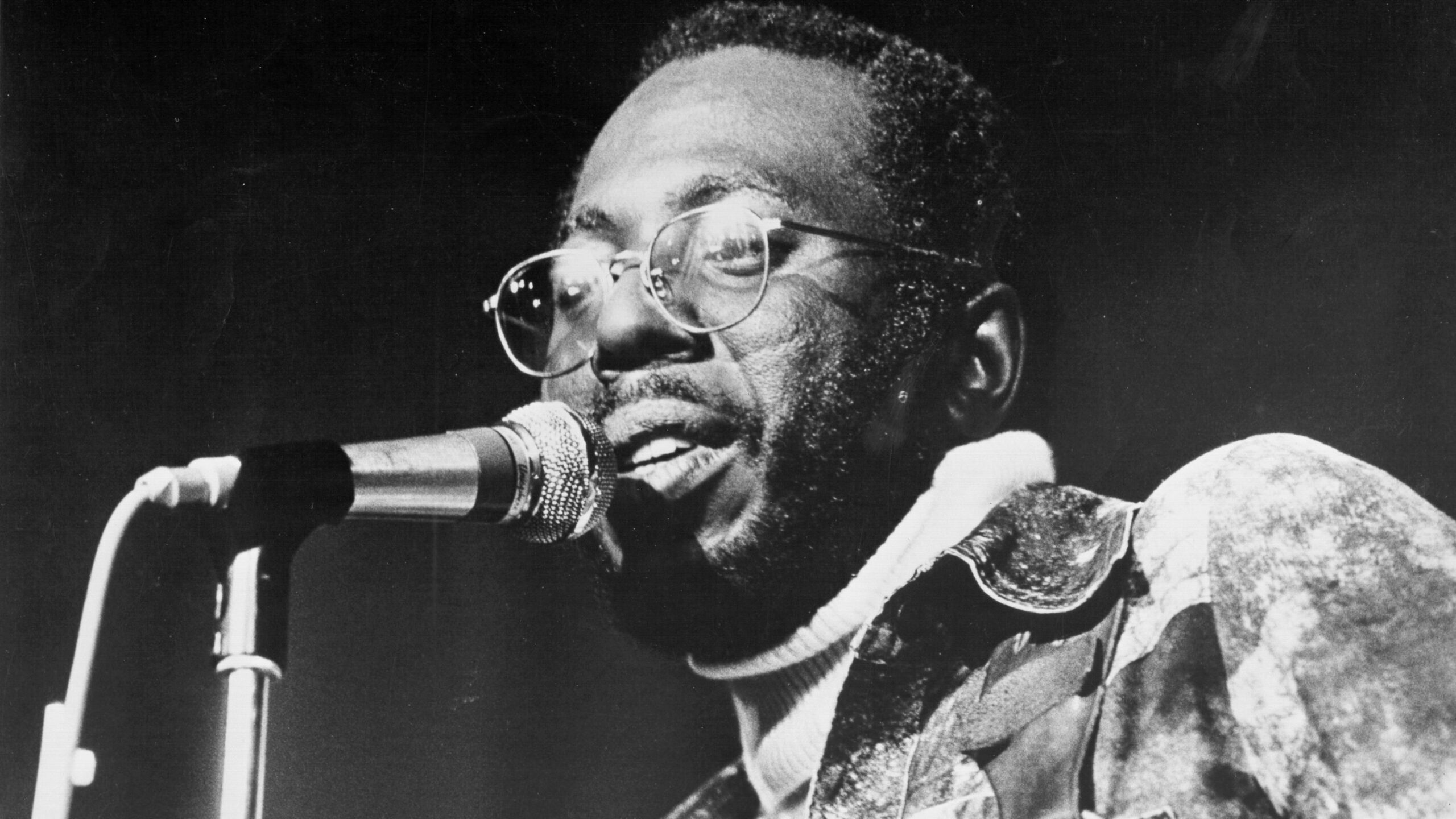 The body of Curtis Mayfield’s work constitutes a musical genre in its own right. Over the course of a five-decade career, Mayfield innovated a hybrid form of spiritual and secular soul music, one that spoke to the democratic idealism and aspirational foot-soldiering of the civil rights and Black Power movements in the ’60s, and to the materialist upwardly mobilized ambitions of the postrevolutionary ’70s.

Born in 1940s’ Chicago, Mayfield began his career as a teen gospel harmonizer with the Northern Jubilee singers before meeting his comrade Jerry Butler and linking up with his group The Impressions. After two chart-busting ballads, Butler left to pursue a solo career.

Taking over as the group’s new lead tenor and chief songwriter, Mayfield led the group to a slew of classic ballads: “Amen,” “It’s All Right” and “Gypsy Woman.” The group would become well known, however, for a series of songs aligned with the strides and determination of the civil rights movement, including “People Get Ready,” adopted by Martin Luther King Jr. as the unofficial anthem of the movement. (A contemporary rendering of “People Get Ready” can be found on The Undefeated’s just-released EP, I Can’t Breathe/Music for the Movement.)

Within weeks of the song’s original release, King, his Southern Christian Leadership Conference cohort and the fearless actions of the Freedom Riders had pushed President Lyndon Johnson into signing the Civil Rights Act into law in 1964, followed within a year by the Voting Rights Act.

An earlier song by The Impressions, “Keep on Pushing,” had been taken on by the younger Freedom Riders group to gird them for their nonviolent but confrontational work desegregating Southern restaurants and bus lines and teaching literacy for voting rights to rural Black Southerners.

King’s sermons and speeches spoke to a movement driven by a higher calling against racist forces unrepentant in their perpetuation of anti-Blackness. Mayfield’s music and lyrics deliver a similar message but in a more coded and coaxing form. Some of its verses seem oblique, but the resonant commentary for our right-wing polarized era:

There ain’t no room / For the hopeless sinner / Who would hurt all mankind / Just to save his own / Have pity on those whose / Chances grow thinner / There’s no hiding place / Against the kingdom’s throne.

Mayfield demurred when folk tried to label him a protest singer or the voice of the movement, deflecting those tags by replying, “I’m just an entertainer.”

Yet, much as Mayfield eschewed statements about why he composed politically charged tunes, Mayfield never stopped producing them. Over time, he grew even more strident in his messaging, influencing other artists: Stevie Wonder, Gil Scott-Heron, Peter Tosh and Bob Marley among them.

“Keep on Pushing” and “People Get Ready” were followed by the plaintive rallying of Mayfield’s “This is My Country” and “We’re A Winner.” When students at Howard University shut the school down in 1968, demanding Black Studies courses, “We’re A Winner” was chosen as their victory song. As civil rights segued to Black Power, Mayfield’s Impressions kept up the pressure with “Choice of Colors” and “Mighty Mighty (Spade & Whitey).”

At the turn of the decade, Mayfield began composing material that spoke from a more introspective place about Black America, such as “Check Out Your Mind.” Compelled to pursue this interior direction with more focus and fervor, Mayfield departed The Impressions for a solo career that yielded a bevy of deeper and more audacious lyrical gambits on his breakout eponymous debut, Curtis: “If There’s a Hell Below, We’re All Going to Go” and “We The People Who Are Darker Than Blue.” 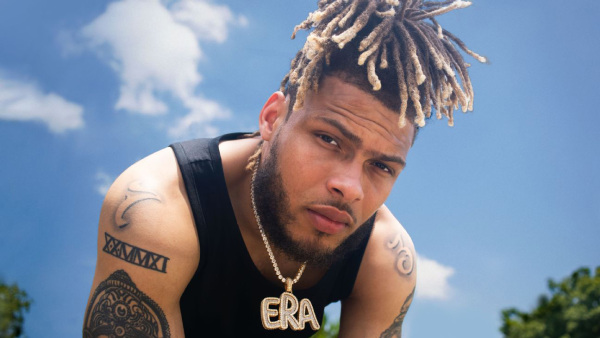 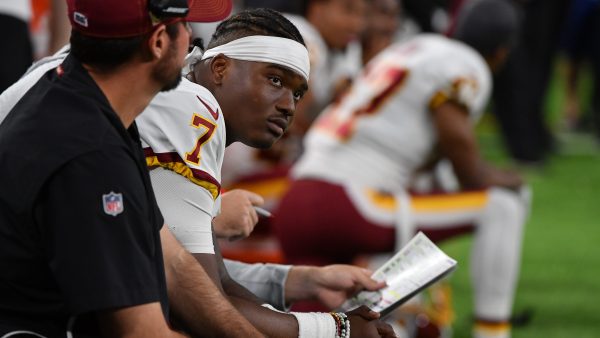 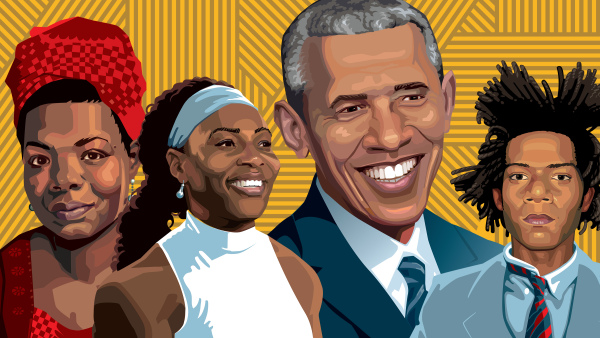 The Undefeated 44 most influential black Americans in history Read now

It was his 1972 score for Gordon Parks Jr.’s Super Fly that affirmed Mayfield was ready to leave his stamp on the emerging funk era of R&B. Super Fly is far more melodious and subversive, functioning as the singalong moral center of a film that attempts to render a cocaine dealer as a faux-revolutionary superhero. Mayfield’s tuneful counterscript for Super Fly injected powerful notes about the downside of drug addiction to Black folks in the Vietnam era.

Mayfield went on to score four more epochal ’70s films — Claudine, Let’s Do It Again, Sparkle and Short Eyes — and several more socially observant recordings until he was paralyzed from the neck down following an accident during a 1990 Brooklyn, New York, concert. His contributions as composer, vocalist and social conscience to the classical canon of stellar Black popular music remains as sui generis, definitive and generative as those of Nina Simone, Motown, Scott-Heron and Philly International.