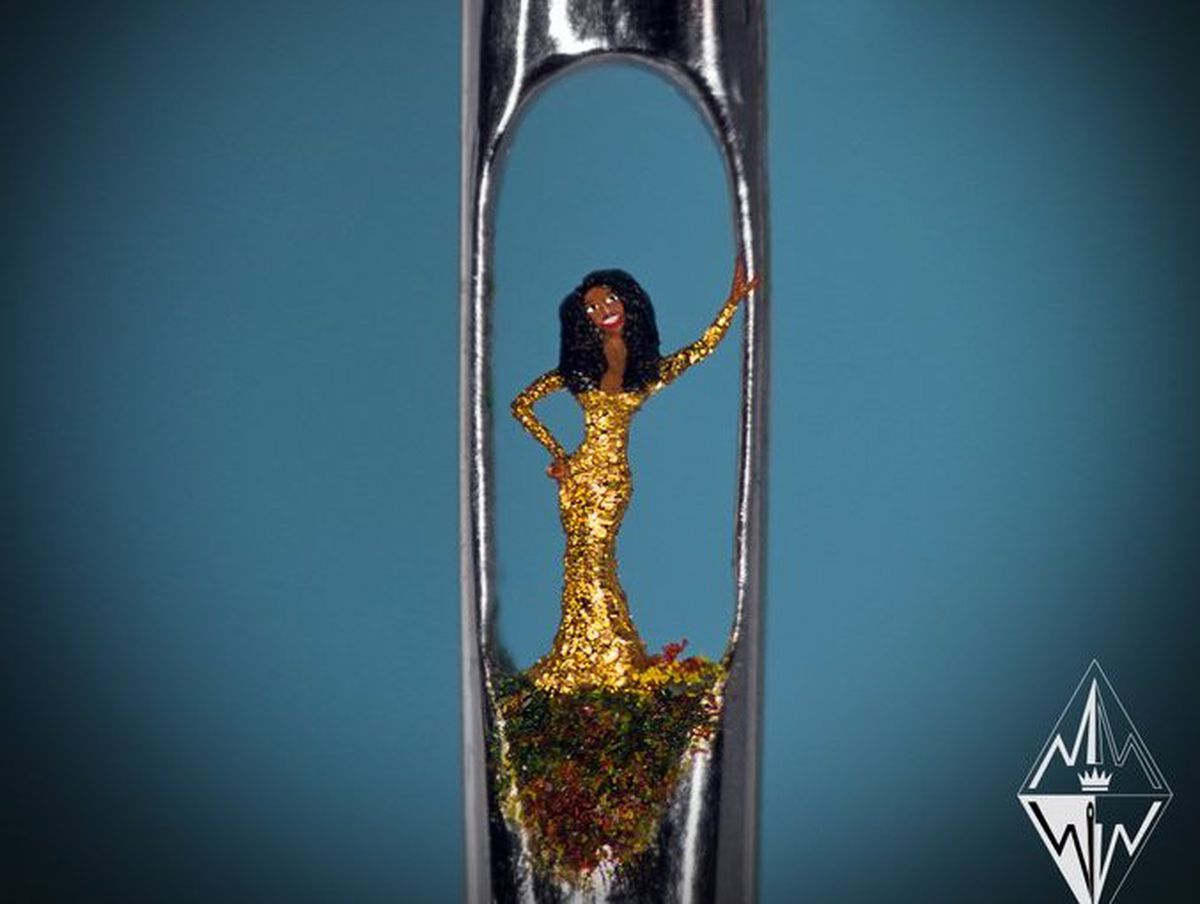 The Wolverhampton-born star was the subject of an incredibly detailed art piece by micro-sculptor Willard Wigan, creator of the world’s smallest handmade artworks.

Dressed in a dazzling gold dress, the tiny Bev – which is so small she fits in the eye of a needle – has been a hit online with fans.

Willard, who is from Wednesfield, wrote on Twitter alongside a photo of the artwork: “Soul diva Beverley Knight in the eye of a needle. This micro sculpture is my tribute to one of my favourite British female soul singers of all time.”

The tweet was shared by Wolverhampton Council, which then drew the attention of Beverley herself.

The star said she was “gobsmacked”.

“I am absolutely gobsmacked, actually welling up here. Wow. Thank you Willard Wigan and Wolves Council for sharing,” she said.

Record-breaking artist Willard has wowed fans across the globe with his incredible creations.

In 2007 he was honoured by the Queen Elizabeth with an MBE for his services to art. Then in 2018 he received an honorary doctorate from the University of Warwick in recognition of the significant contributions that he has made to art and sculpture. He has also achieved two Guinness World Records.

He said: “As a young boy I found both reading and writing did not come naturally to me. At that time autism and learning difficulties were virtually not recognised. I was told by school teachers that I would amount to nothing and would achieve nothing. I was used by them to demonstrate what failure would look like for being unable to read or write.

“So from the age of five, I decided to show the world that nothing does exist and nothing really does matter.”