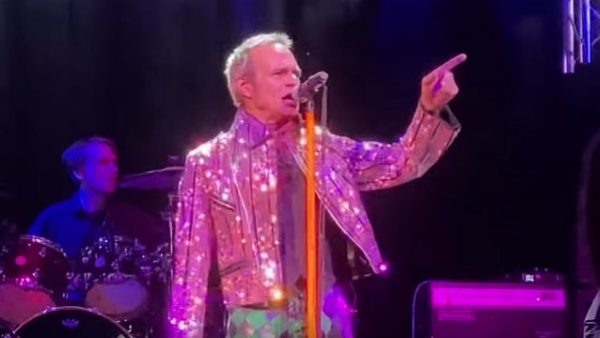 The setlist was as follows:

At the first show of his residency on January 8, Roth told the audience that no two Vegas concerts would be the same.

In an interview with the Las Vegas Review-Journal, he said that he was enjoying playing in a more intimate setting. “It’s nice and tight, you can see everybody’s faces, you can see eyebrows,” he said. “I’ve said that dogs are more popular than cats because they have eyebrows. You can tell what the dog is thinking. Kitty cats, they’re like strippers: You can’t tell what they’re thinking.”

The residency goes on January 11 and then returns March 18, 20, 21, 25, 27 and 28. Roth will also perform as the opening act for the upcoming North American legs of KISS‘s “End Of The Road” farewell tour starting on February 1 in Manchester, New Hampshire.