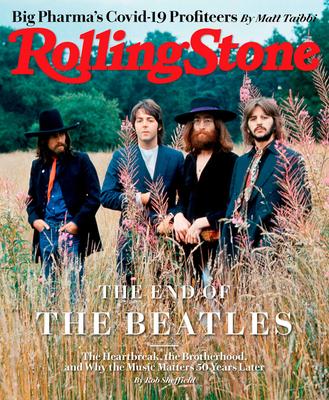 In an unusual intervention, Mr Swann told the publication that Sir Van’s anti-lockdown tracks will appeal to the “tin foil hat brigade”.

The acclaimed Belfast musician has released three new songs – ‘Born To Be Free’, ‘As I Walked Out’ and ‘No More Lockdown’ – that criticise the coronavirus restrictions.

Some of the lyrics include: “No more lockdown/No more government overreach/No more fascist bullies/Disturbing our peace.”

Announcing his new songs, the musician (75) had said: “I’m not telling people what to do or think, the government is doing a great job of that already.

“It’s about freedom of choice, I believe people should have the right to think for themselves.”

In his editorial for Rolling Stone’s website, Mr Swann expressed his disappointment and anger at Van Morrison’s singles, and stated “he’s no guru, no teacher”.

He added that the people of Northern Ireland are proud that the singer comes from this part of the world but “we expected better from him”.

“However, it goes further than disappointment,” Mr Swann writes.

“Some of what he is saying is actually dangerous. It could encourage people to not take coronavirus seriously.

“If you see it as all a big conspiracy, then you are less likely to follow the vital public health advice that keeps you and others safe.”

Mr Swann felt that Sir Van’s lyrics were a “smear” on those involved in the public health response to the virus.

“His words will give great comfort to the conspiracy theorists – the tin foil hat brigade who crusade against masks and vaccines and think this is all a huge global plot to remove freedoms,” he continued.

“Only a few years ago, Van said: ‘I’m apolitical. I’ve got nothing to say about politics whatsoever.’ He’s changed his tune big time since then. He could have chosen to sing about how we all can help save lives.”

He added: “It’s all bizarre and irresponsible. I only hope no one takes him seriously. He’s no guru, no teacher.”

On Monday First Minister Arlene Foster said that while she does not agree with Sir Van’s messaging, we live in a free society and therefore, it is his right to write the songs.

“What I’m asking people to do is to look at that in the context of art and entertainment, whereas we’re giving you a message based on science and data,” she said.

Deputy First Minister Michelle O’Neill added that his intervention is particularly unhelpful given the current rise in the infection rate.

But Sir Van’s step-daughter has moved to defend him in the wake of the controversy.

Dubliner Natasha Rocca Devine (35), whose mother former model Michelle Rocca was married to the musician, said he was coming from a perspective of someone suddenly unable to perform properly for the first time in over five decades.

“So whatever he comes out with, people have to respect, because he knows what he’s talking about,” she said.