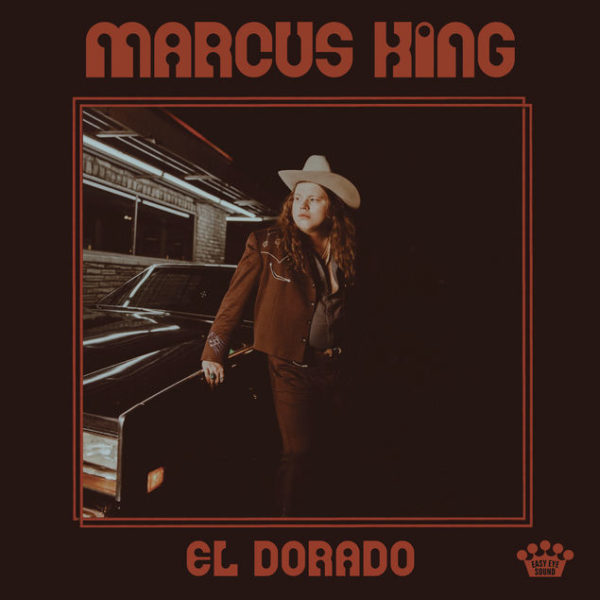 Marcus King’s solo debut is an enticing mix of deep soul, rock and country in the best Southern traditions.

King, though just 23 years old, has been a professional musician for over a decade and already has three albums with the Marcus King Band.

Produced and co-written by Dan Auerbach of The Black Keys, “El Dorado” is a smoothly-paced release, with acoustic-based and mid-tempo soul tunes amid a few fuzzy rockers with cutting guitars and rumbling bass.

You could say King has been “Auerbached,” with the producer’s distinct approach — shaped by recording in his own Easy Eye Sound Studio in Nashville and relying on the timeless talent of legends like drummer Gene Chrisman, bassist David Roe and Bobby Wood’s Wurlitzer — putting a definitely noticeable but elegantly unintrusive frame around King’s own skills.

Enjoy more articles by signing up or logging in. No credit card required.

Auerbach won a Grammy way back in 2013 for his production work, and his quality control hasn’t let up since. This project follows, in a similar vein, some of his recent efforts on outstanding albums by Yola, The Pretenders, Robert Finley and Kendell Marvel.

King is known for his volcanic vocals and his amazing six-string dexterity. But “El Dorado” finds King, a South Carolina native now based in Nashville, mostly dialing down the overall volume without sacrificing intensity or feeling. By putting his songwriting and more nuanced singing at the fore, King expands his guitar hero profile with excellent results.

King’s instrumental prowess is present, but the 12 songs usually have at least two or three other guitarists on hand, including Auerbach himself, steel guitarist Paul Franklin, Nashville stalwart Billy Sandford and Russ Pahl.

Songs range from the countryish “Young Man’s Dream” and “Too Much Whiskey” to the thumping “The Well” and the tortured soul of “One Day She’s Here,” where King sounds a bit like a restrained CeeLo Green.

The slight but enjoyable “Sweet Mariona” precedes the mysterious and yearning “Beautiful Stranger,” which has an air of Aretha Franklin’s “Do Right Woman, Do Right Man.”

The faster tracks on the second half are highlighted by more of that swampy fuzz (“Say You Will”) and a clavinet played by Mike Rojas that lives up to its funky reputation on “Say You Will.”

Despite this solo venture, King is in the midst of an extended tour with his namesake band that includes shows in Europe, Japan and Australia. Even this early in the year, “El Dorado” already stands out as a definite high point of 2020.

Copyright 2020 The Associated Press. All rights reserved. This material may not be published, broadcast, rewritten or redistributed.

Neil Peart, drummer for influential rockers Rush, has died at 67

Peart was revered for his drumming skills, but was also the band’s key lyricist.

Here’s a look at Meat Loaf through the years. He’s best known for the 1977 record “Bat Out of Hell” and a role in the “The Rocky Horror Picture Show.”

FORT WORTH, Texas (AP) — Meat Loaf has filed a lawsuit against a hotel at Dallas-Fort Worth International Airport and organizers of a horror convention held there, blaming them for negligence when he fell from a stage while answering questions from convention goers last May.

From Houston to Notorious B.I.G., here are the 2020 Rock and Roll Hall of Fame inductees

Posthumous inductees Whitney Houston and The Notorious B.I.G. will lead a new class into the Rock and Roll Hall of Fame, joined by Depeche Mode, the Doobie Brothers, Nine Inch Nails and T-Rex.

NEW YORK (AP) — Justin Bieber says that he has been battling Lyme disease.

Springsteen shows up for son’s swearing-in as firefighter

JERSEY CITY, NJ (AP) — Bruce Springsteen’s son was sworn in Tuesday as a firefighter with the Jersey City Fire Department, along with 15 others.

James Blunt’s first ever concert was his own

James Blunt has revealed he had never gone to a music concert until his first show as a musician in London.

CHICAGO (AP) — A fight between two of R. Kelly’s girlfriends inside the embattled singer’s Trump Tower condominium led to a domestic battery charge against one of them and sent the other to the hospital, Chicago police said Thursday.

Here’s what happened on the campaign trail this week

Your daily 6: Arrests in Iran, school restores mascot removed as racist and brace yourself, Boston