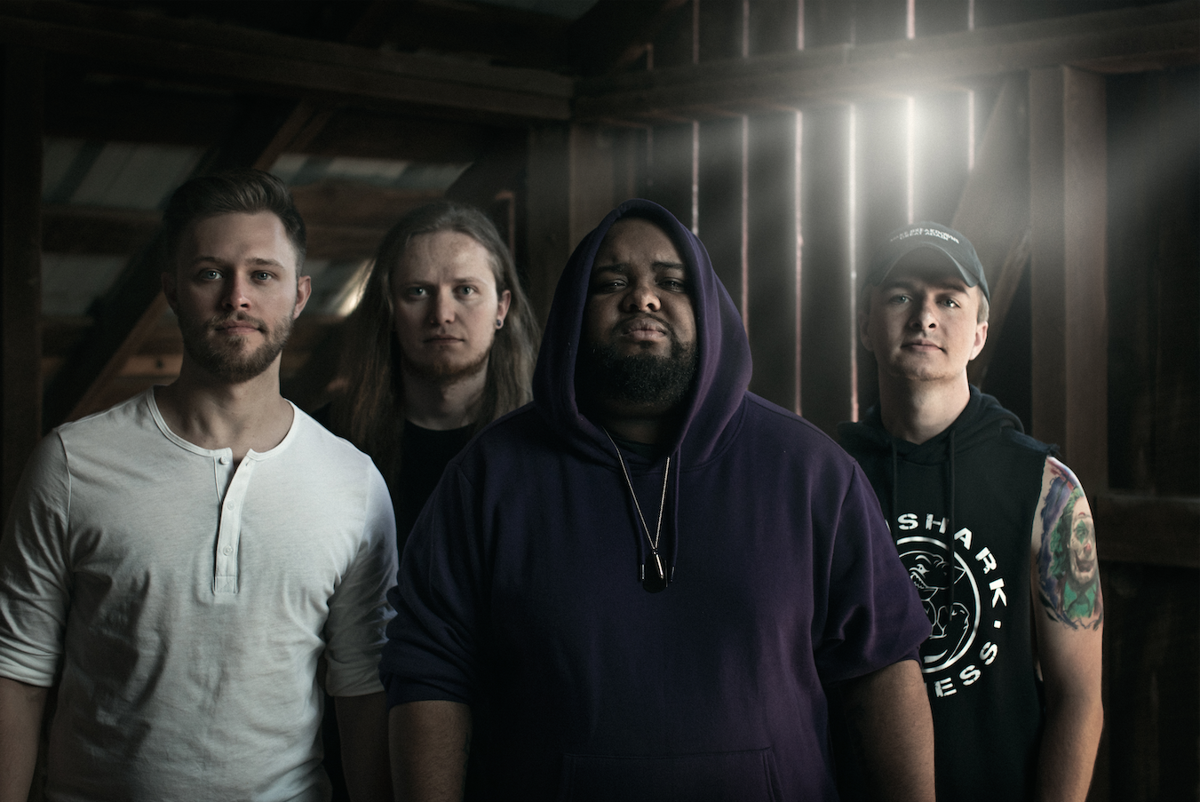 Two years ago, Discrepancies grabbed attention with its debut album, “The Awakening.” This week, the St. Louis rap-rock band takes a step forward with its latest, “The Rise.”

“Now that we’ve gotten a little bit of attention, we really want to show people what we can do and go from there,” says rapper Antonio Metcalf, the group’s frontman.

What the band — Metcalf along with Addison Bracher (guitar, vocals), Garrett Weakley (bass) and Zach Allard (drums) — really wants to do now is give inspiration.

“Most of our songs have to do with inspiring and uplifting — getting people to go for things they normally wouldn’t do,” Metcalf says. “It’s about crushing goals and not letting people demoralize you in terms of your dreams.”

He says fans will see growth in the new music. The band took its time with the new album to ensure it was driving its lyrics home.

“I wanted to utilize his voice more,” Metcalf says. “I wasn’t sure about his voice on the first project, so it was mostly rapping. Then we went on the road, and I heard this great voice. So I began to write more for Addison’s voice on ‘The Awakening’ and ‘The Rise.’”

The album includes “Crawling Back,” “Control,” “Undertow,” “Blame Me,” “All My Love” and the politically minded “Light Up the Dark.”

“It’s about trying to come together through all the craziness going on now,” Metcalf says. “It was written before the pandemic and the craziness of 2020. But it couldn’t fit more perfectly. But we also have fun songs to entice people to cut loose and enjoy life.”

The latest single from “The Rise” is “Crawling Back,” about abandoning a toxic relationship for the betterment of both parties.

The song has special meaning for the band. It, along with the whole project, was produced by Matthew Amelung, known for working with a number of St. Louis bands. Amelung battled cancer during the making of “The Rise” and died in June 2019.

Metcalf says “The Rise” is the last thing Amelung worked on. Amelung recorded some background vocals on “Crawling Back,” which are featured on the album.

Amelung first worked with Discrepancies on “The Awakening.” Bracher had been researching producers for the album and discovered Amelung. But first they had to click.

“Any time we work with a producer or director or anybody, we take him out to eat first to get to know him,” Metcalf says. “We’re gonna have to be around him for a while, so we want to make sure we mesh. We went out and had tacos and found out he’s a goofball like we are.”

“If he wasn’t feeling you, he would let you know immediately,” Metcalf says. “He’d throw out ideas and come up with melodies at the drop of a dime. And he was definitely a perfectionist who brought out the best in us, all while goofing around at the same time.”

Amelung produced “The Awakening,” and it was a no-brainer that the band would bring him back for “The Rise.”

While the recording sessions for “The Awakening” took place within a couple of weeks, “The Rise” was different. Recording took place as Amelung’s health worsened, scheduled around his availability due to chemotherapy.

Metcalf says the group felt the same pressure to deliver another quality project.

“This time, we pushed a little harder to make sure everything was up to our standards,” he says. “We were trying to knock every song out of the park.”

Discrepancies finished the album early in 2019 after recording in 2018. The band has been focusing on mixing and mastering the album, as well as producing music videos for “Crawling Back,” “Control,” “Undertow” and “Blame Me.”

Metcalf had to convince his bandmates that making videos was a smart move.

“I always loved music videos,” he says. “‘106 & Park,’ ‘TRL’ — that’s how I discovered new music. There was an argument between me and the guys. I thought it was important to do music videos; they didn’t.”

Discrepancies formed in 2015. Metcalf was releasing his own mixtapes and then linked up with Bracher and Weakley, who were already working together. Before that, Metcalf wasn’t even a fan of rock music. He was strictly into hip-hop, gravitating toward acts such as 2Pac, Bone Thugs-N-Harmony, Notorious B.I.G., Eminem, Lupe Fiasco, Nas and Tech N9ne.

After sharing one of his mixtapes with Bracher and Weakley, they asked him about joining them for a band.

“I said no, but I was willing to try it out and see what happens,” he says. The group began working on its first song together, “Get Hype.”

Metcalf had no problem adjusting to the new genre — after playing some rock catch-up.

“I found myself really studying the genre and figuring out other bands and artists to pull inspiration from while also staying true to myself,” he says. “There are many bands that incorporate rap but not too many that have true emcees. By that I mean someone who started with hip-hop.

“The hard part is going from a solo-artist mindset to a group effort. But once we figured out how to work together, everything just sort of fell into place.”

The new EP features the song “Reckoning,” and arrives after the death of one of its producers and a lineup change.