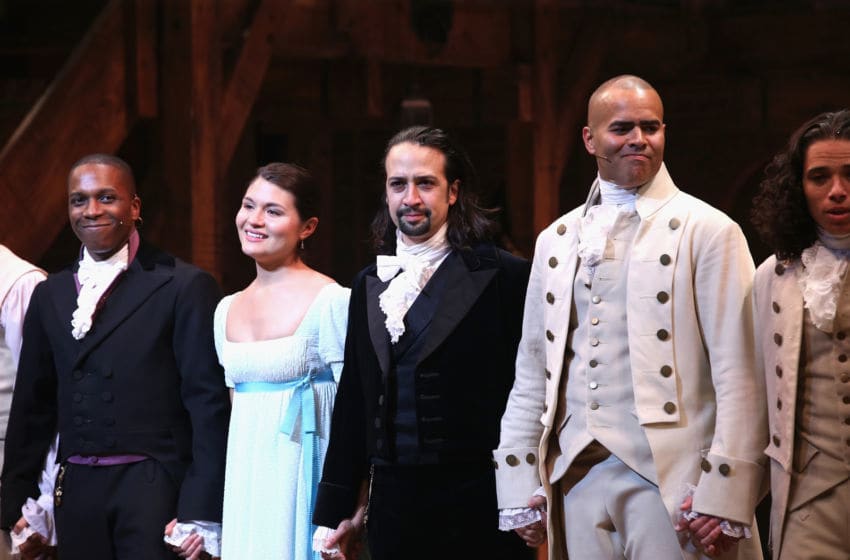 Global Citizen’s latest charity initiative will feature some of the biggest music acts in the world as well as other popular celebrities. One of the more highly anticipated appearances is sure to be a performance by the original cast of Hamilton with some help from The Tonight Show Starring Jimmy Fallon.

“Global Goal: Unite for Our Future” from Global Citizen and the European Commission is a virtual concert to raise awareness for the impact COVID-19 has had on marginalized communities. The hope is that resources can be more equally distributed to those communities most in need.

The event is set to be hosted by Dwayne Johnson. Performances are also expected from Coldplay, Miley Cyrus, Shakira, Jennifer Hudson, Justin Bieber, and more.

Then there will be Lin-Manuel Miranda and the original cast of his hit musical Hamilton. The 2015 musical quickly became a cultural phenomenon, earning critical praise along with countless awards. The show has been produced across the country and around the world.

Now fans will be able to watch its talented performers from the comfort of their living room. Before Hamilton streams on Disney+, Miranda, Daveed Diggs, Leslie Odom, Jr., and the rest of the cast will team up with Jimmy Fallon and The Roots during “Global Goal.”

Miranda has made a number of appearances on The Tonight Show since Hamilton debuted. He and Fallon have strong chemistry and have both showed off their musical abilities on the show. The Roots are well-known as one of, if not the, most versatile musicians on the planet and should help take the performance to another level.

This won’t be the first collaboration among Miranda, Fallon, and The Roots. The Roots produced and performed on 2016’s “The Hamilton Mixtape” featuring songs from the musical. Fallon also performed the song “You’ll Be Back.” The Tonight Show then hosted a performance of the track.

Here’s how you can watch the Hamilton cast in Global Goal: Unite for Our Future

“Global Goal: Unite for Our Future” airs Saturday, June, 27. The concert is set to begin at 2:00 PM ET. It will be broadcast on NBC and iHeartMedia networks. The concert event will also stream on Apple, Roku, Tidal, Twitter, Twitch, and YouTube. Basically, anywhere you look there is a good chance you’ll see the show.

For a full breakdown of where and when you can watch “Global Goal,” visit Global Citizen’s website. Information is broken down by continent so no matter where you are in the world, you can find out how to watch tonight’s crossover between Hamilton and The Tonight Show.

Are you excited to see Jimmy Fallon and The Roots perform with the Hamilton cast? Share your thoughts in the comment section below!