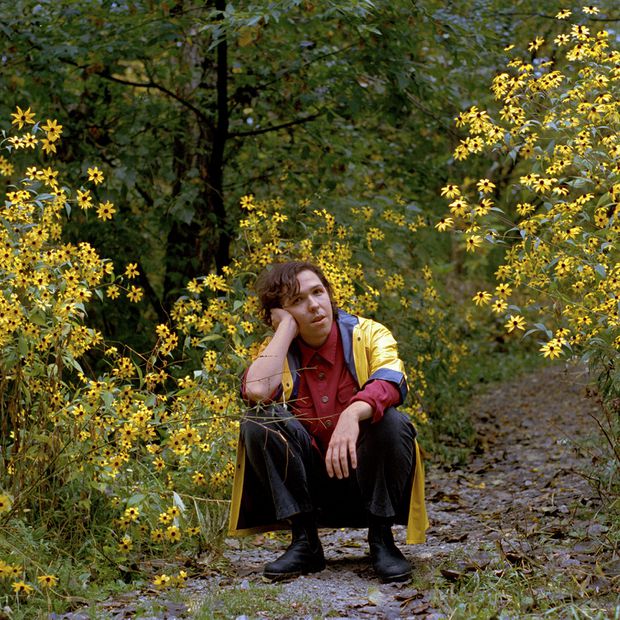 It was recently reported in Science magazine that during the COVID-19 shutdown, the songbirds of San Francisco have changed their tunes. With less noise to compete with, the warblers increased the frequency of their songs, but at lower decibels than before.

The same phenomenon seems to be happening in the Canadian indie-music scene, where the soft-rock sounds are mellifluous and multiplying. “Can you hear my voice?” Toronto’s Luka Kuplowsky’s sings on Sayonara Blue, off his sublime new LP Stardust.

We can hear Kuplowsky, just as we can hear the low-key new music from fellow singer-songwriters Bahamas and Jennifer Castle. All three have released gently uninhibited albums this month that stand out in the quiet.

Anyone who listened to CBC Radio One this summer got a lot of coronavirus news and load of Luka Kuplowsky’s Positive Push, a coolly-gliding meditative single that is one seventies mustache shy of being a yacht-rock classic. (Is that a keytar I hear?) On his third album, Stardust, Kuplowsky does wonderful things with jazzy, folk-rock sounds and offbeat philosophy. “Did I make an angel blush with my suffering?” he asks on the thoughtful title track. The song speculates on the afterlife of those who turn pain into songs. Elsewhere Kuplowsky asks that we not put “pressure on my bruise.” We’ll leave that to him.

The poet Carl Sandburg said the moon was a friend for the lonesome to talk to. Monarch Season, Jennifer Castle’s delicate sixth album, might be one of those conversations. The Ontario songstress describes the homemade record’s lo-fi ballads as “moon-infused.” They are sparse, intimate and sometimes aching, made with harmonicas, acoustic guitars and a piano. Castle sonically identifies with the 1960s, her songs poetic folk music transmissions from the past. “What becomes of the broken-hearted,” she asks on the album’s final track. When Jimmy Ruffin asked that question in 1967, he was wallowing. Castle’s song, though, is one of empathetic concern. This is a nursing album for the shell-shocked soul.

As much as anything, the music of Afie Jurvanen (who works under the name Bahamas) is therapy. His soft-rock grooves are affable; his lyrics are relatable. His sound is easy-going, yet his arrangements are unpredictable. He’s adult contemporary, yet indie – a rich man’s Jack Johnson. His only aggression is daring us not to like his excellent stuff. Sad Hunk is Bahamas’s fifth album, and, like the rest of them, it’s his best yet. Not that his melodies would show it, but he’s a little down. He’s concerned about his place in life on Not Cool Anymore: “Still a lion, but I’ve lost my roar.” Bahamas is an aging indie rock star who might drive a mini van. He gets you, and, if you’re a genius songwriter, he’s just like you.

FM Hill, by UIC: On a new album from reunited eighties punk rockers UIC, jams are kicked out – there’s still some MC5 left in these guys’ boots. Iggy Pop would approve of the saxophone on the title track. On the salute to an old Detroit radio station’s signal, the song advises, “Don’t you lose it.” This band, originally from Exeter, Ont., has not.

Someone New, by Helena Deland: The breathy-voiced Montrealer does a narcotic kind of electro-rock. The aesthetic is gorgeous, her lullabies are crystalline, there’s an edge to her whispers.

Bleeding Gums Murphy, by Aquakultre: Aquakultre is the band project of Halifax neo-soul singer and easy-flow rapper Lance Sampson. His latest record, featuring a variety of hip-hop guests, is named after the dentally-challenged saxophonist from The Simpsons. Cartoon-show audio clips mix with nineties boom-bap grooves and working-class lyricism.

Consider the Speed, by Terra Lightfoot: She isn’t reinventing any wheels with her husky, catchy soul-rock, but there’s a bold aliveness to the Hamilton wunderkind’s clear, brassy voice and sociable Gibson electric guitar that cuts like lightning to a tree.

I Love You, by Kevin Breit: This isn’t an album, it’s a telethon. In support of the humble mandolin, Ontario’s prolific Kevin Breit assembled a small battalion of guest singers for an adventurous covers record of 30 tracks that explore the possibilities of the eight-stringed instrument and songs written by everyone from Joni Mitchell to Joao Gilberto to Prince to Hank Snow to Patti Smith to Hawksley Workman. This disc gives and gives.