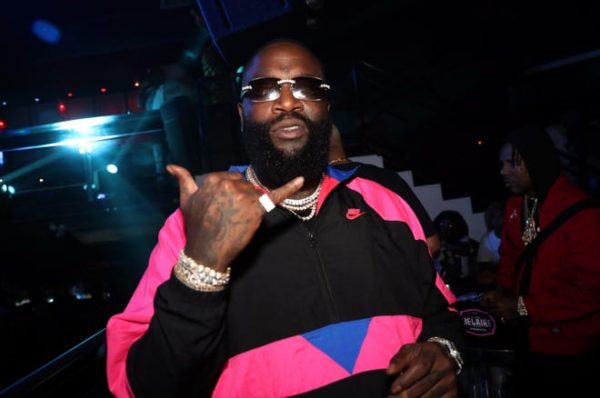 Although you likely don’t have a personal relationship with the artists whose music you stream, you certainly have an intimate one. After all, it’s their instruments and voices that fill the sensitive spaces in your earholes, when you do everything from work out to get lulled to sleep.

Some musicians want to take that intimate relationship to the next level. They want to be part of the soundtrack on the evening of one of the most romantic of holidays.

“Happy to be a part of your Valentine’s Day,” rapper Rick Ross said smoothly on the Grammys red carpet. He and other Grammy nominees helped curate a playlist of tunes – some of their own included – for music lovers whose eyes turn into hearts on February 14.

Streaming giant Spotify also wants to help, releasing data on the most listened to love songs (hint: John Legend and Whitney Houston definitely made the cut).

Singer-songwriter Jessie Reyez’s pick? Her single “Love in the Dark.”

“You should definitely put that song on there,” she says. “I feel like it’ll help soften the heartstrings a little bit, you know?”

Ross was eager to offer his own song, “Here I Am,” and also Stevie Wonder’s “Ribbon in the Sky.”

Said Mo’ to his listeners: “We’re here to help!”

Jazz trumpeter Christian Scott aTunde Adjuah picked a tune he promises “will elevate the romanticism in the room”: Miles Davis’ “It Never Entered My Mind.”

Rock band Rival Sons contributed several moody songs from Curtis Mayfield and Barry White, and also tossed in their single with its prominent baseline, “Too Bad.” Vocalist Jay Buchanan joked the song’s rhythmic bass line can help those who need a beat.

The top love songs, according to Spotify

But none of the artists on the red carpet named the song that Spotify calls its top love song: John Legend’s “All of Me,” which has more than 1.1 billion streams.

According to the music platform, Legend’s piano ballad is the most-added song in “love”-themed playlists by both men and women. Since the song’s release in 2013, Spotify data shows streams of the song have spiked by at least 50% every year on Valentine’s Day.

It’s not the only song that gets extra love during this time of year. Spotify shared with USA TODAY that these songs also have seen significant increases in streams: “Kiss” by Prince, “I Will Always Love You” by Whitney Houston, “Your Song” by Elton John, “Time After Time” by Cyndi Lauper and “(Everything I Do) I Do It For You” by Bryan Adams.

And if you need even more help curating the perfect playlists, the love songs that appear on the most on Spotify playlists globally are: Ed Sheeran’s “Thinking Out Loud” and Bruno Mars‘ “Just the Way You Are.”