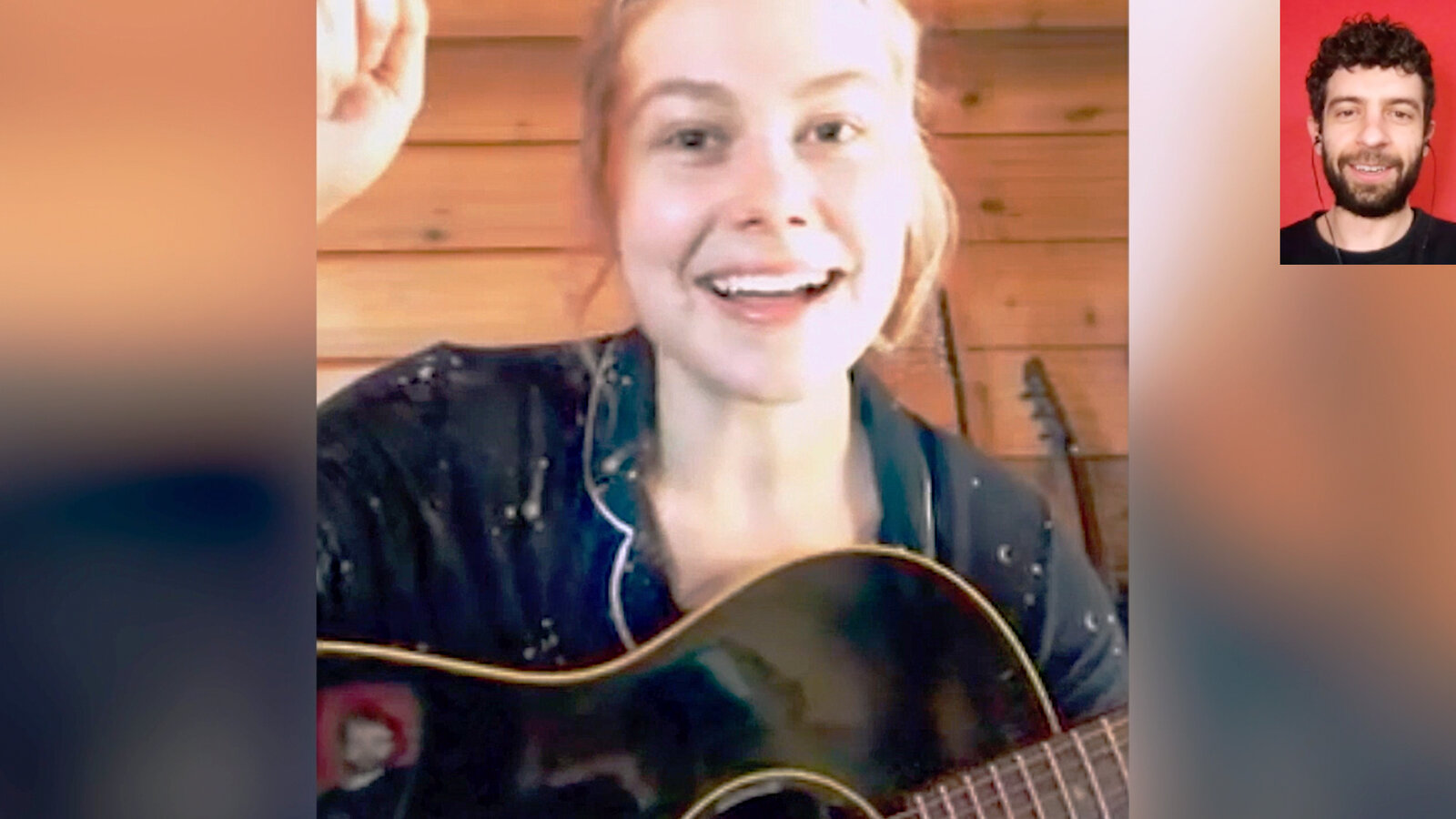 When Phoebe Bridgers, the 25-year-old singer and songwriter from Los Angeles, has the first inklings of a musical idea, it’s usually in the form of a ballad — slow and somber, but with enough wry energy to keep it interesting.

Most of the time — including across Bridgers’s 2017 debut, “Stranger in the Alps,” and its follow-up from this year, “Punisher” — the songs stay that way: quiet, slow, dreamy. But sometimes, Bridgers’s reliable band of collaborators can convince her to add some pep to a track, if only to disguise its melancholy.

That’s the story of “Kyoto,” the first straight-ahead indie rock song on “Punisher,” one of the most critically acclaimed albums of the year so far. Writing in The New York Times, the critic Lindsay Zoladz called it “strange and exquisitely moving,” noting Bridgers’s “great strength as a songwriter: weaving tiny, specific, time-stamped details (chemtrails, Saltines, serotonin) into durable big-tent tapestries of feeling.”

In the latest episode of Diary of a Song, which breaks down how music is made today, Bridgers discusses how “Kyoto” came together over the span of months, combining a stray lyric, a bare-bones voice memo from tour and shared memories of childhood with her drummer and co-writer Marshall Vore. And while the song started as a trademark Bridgers dirge, she says, it reached its final form only once she was in the studio with her fellow producers on “Punisher,” Ethan Gruska and Tony Berg, who helped establish her sound on her first album.

“I don’t think about all my songs as ballads anymore,” Bridgers said. “I feel like they’re not even really fully written until I’ve shown them to those guys, and they’re like, ‘This stays a ballad,’ or, ‘This is a rock song.’”

In addition to interviews with Bridgers, Vore, Gruska and Berg, the video above features various demo versions of the song in-progress and the story of how the triumphant horns in “Kyoto” almost ended the musician and composer Nate Walcott’s career as a brass player.

“Diary of a Song” provides an up-close, behind-the-scenes look at how pop music is made today, using archival material — voice memos, demo versions, text messages, emails, interviews and more — to tell the story behind the track. Subscribe to our YouTube channel.