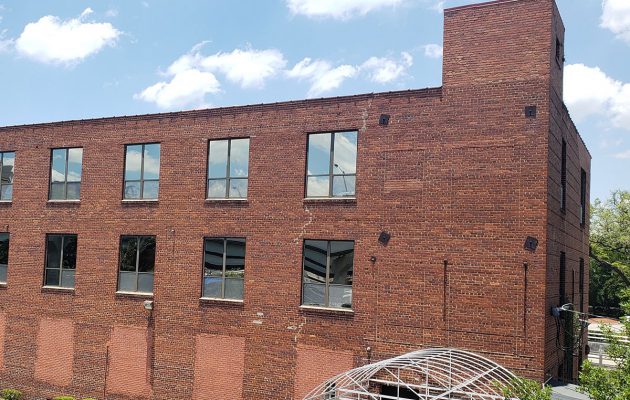 The Jacksonville Historical Society and aficionados of music genres rooted in Northeast Florida, particularly Jacksonville, have taken on an ambitious and alluring project that is sure to draw bands and musicians to perform at a new venue in 2021.

One part museum, one part intimate concert venue, the as-yet-unnamed venture will leverage the memories and memorabilia of people who lived through the birth of Southern rock and roll, according to Dr. Alan Bliss, chief executive officer of the Jacksonville Historical Society. “The roots of what we know today through the music of Lynyrd Skynyrd and the Allman Brothers stand on the shoulders of giants in the blues and jazz genres in Jacksonville’s African American community,” he said.

Bliss believes interest will be high and that artifacts will stream in once the project is launched. “There are people here who went to school with Ronnie Van Zant [founder of the Lynyrd Skynyrd band] or knew Gregg and Duane Allman when they lived here for a brief time in early 1969 and established the Allman Brothers Band,” he said.

Mitch Hemann, musician, as well as senior archivist at the Jacksonville Historical Society, will tape a performance to introduce the launch. He plans to record Please Call Home: The Music of the Allman Brothers and the Birth of Southern Rock in the Florida Casket Company building where the Society plans to locate the music experience in downtown Jacksonville and release it on the Society’s YouTube page June 25. Hemann’s video is a follow-up to his June 2019 program Deep Roots, Many Branches: The Roots of Blues in Northeast Florida, which was a sold-out performance.

“A museum recognizing and commemorating Jacksonville’s rich musical legacy is long overdue. From LaVilla in its heyday, to the origins of Southern rock and beyond, it’s time Jacksonville’s contributions to American music were counted,” said Hemann.

“This is an opportunity go through the history of Blues to Jazz to Country to Rockabilly to Southern Rock that came from here and the Southern Rock-influenced sounds of the Country Rock that is popular today – to which Lynyrd Skynyrd and the Allman Brothers are seen as one of the foundational sounds for bands like Florida-Georgia Line, Jason Aldean, Cole Swindell, Jake Owen, Brantley Gilbert, Thomas Rhett, etc., all of which are from Florida or Georgia and may be the only modern popular music with a guitar riff every once in a while,” said Chauncey, a member of the Jacksonville Historical Society’s board of directors.

“Take Lynyrd Skynyrd, for example,” Chauncey continued. “The ‘Ballad of Curtis Loew’ is a song really about the influence of African American music, specifically the Blues, on Ronnie Van Zant. Even though Curtis Loew was not a real person, Loew was a composite of several influential African American individuals important to Van Zant, including, legendary Blues icons Robert Johnson, and Muddy Waters and family friends in Jacksonville.”

The task force invites the public to participate in establishing the music history and performance venue by donating artifacts from music performers who came from Jacksonville or paused here for a time and who subsequently contributed to the rich history of American music that has its roots established in Jacksonville.

“I believe we’ll see a treasure trove of items come flying out of attics, garages and other places,” said Rev. DeFoor, a member of the Jacksonville Historical Society’s board of directors and one of the originators of the idea, who draws on experience as a former board member of the Museum of Florida History, and founder of the Museum of Natural History of the Florida Keys.

To contribute to the unnamed venture, contact the Jacksonville Historical Society at (904) 665-0064 or email info@jaxhistory.org. To donate online, visit jaxhistory.org/donate-now/