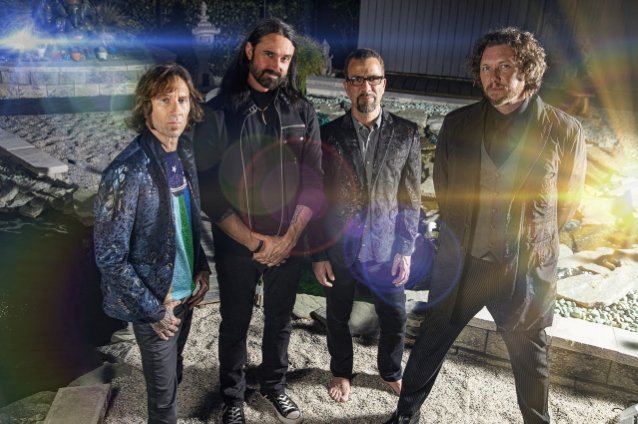 THE APOCALYPSE BLUES REVIVAL, the Florida-based psychedelic rock side project of GODSMACK drummer Shannon Larkin and guitarist Tony Rombola, will release its self-titled album on December 11. The official music video for the disc’s first single, “Optimystic”.

“‘Optimystic’ is calling out to the societal blindness of repeating the same mistakes repeatedly, and willing for change to happen, willing a REVIVAL,” says the band in discussing the song.

The nine-track album loosely follows an autobiographical narrative centered around a protagonist on the left-hand path, embracing dark magic rituals that begins on “Waltz Of The Antichrist/Impure”, and later changes his ways to ascension concluding with the seven minute-plus track, “A Gecko (Part 2) – The Endless Possibility Of Water (666 Reprise)” that stretches towards a fiery musical catharsis.

Larkin stated: “When you listen to the album, I’d love it if you actually took a trip with us through this dark abyss and came out of it 45 minutes later with a new perspective.”

THE APOCALYPSE BLUES REVIVAL sinks into the sweet spot between devilish Delta blues, hard-hitting rock, and inter-dimensional psychedelia. The eclectic array of genres offers opposites of light and dark through musical expression, with tribal percussion echoes alongside a thick bass line during “The Abomination Of Desolation”, and a wild wah pedal and slick rhythm on “The Doorway”.

THE APOCALYPSE BLUES REVIVAL materialized in 2020. For nearly a decade, Larkin and Rombola threw down at biker bars, blues haunts, and dyed-in-the-wool venues around the country in an RV with bassist Brian Carpenter. “Tony and I are in our fifties now, and we got to rough it,” he laughs. “We felt like real blues guys!”

Under the name of THE APOCALYPSE BLUES REVUE originally, they churned out two albums, “The Apocalypse Blues Revue” (2016) and “The Shape Of Blues To Come” (2018), that generated nearly one million total streams. During late 2019, Shannon welcomed lifelong friend and lead singer, Shane Hall into the fold. A few years ago, Shane held down vocals in a wild funk outfit alongside Shannon and Tony, sparking a flame fanned to its fullest potential in THE APOCALYPSE BLUES REVIVAL.

The quartet casted an unbreakable spell on their new self-titled independent full-length debut. For Shannon, this idea of the new album initially blossomed on a tour bus during a freezing January in Europe. Slowly but surely, the songs came to life in order, sketched out on hotel notepads and written wherever possible. Processing the loss of his sister, he translated this pain into the story.

“It’s a completely different band,” affirms Shannon. “We’ve shifted into more of a psychedelic rock sound. My big vision was to simply mix the influences from my two favorite classic rock artists — David Bowie and PINK FLOYD — with my favorite blues artists: Johnny Winter, Stevie Ray Vaughan and B.B. King. The foundation is always blues. That’s how I approach the drums, but we’re veering off into more eclectic areas and rock. As the guy who writes the lyrics and melodies, I’m limited to my singer. Shane has taken all of those limitations away. He’s such an extension of me that it’s no wonder we’ve been best friends for twenty years.” 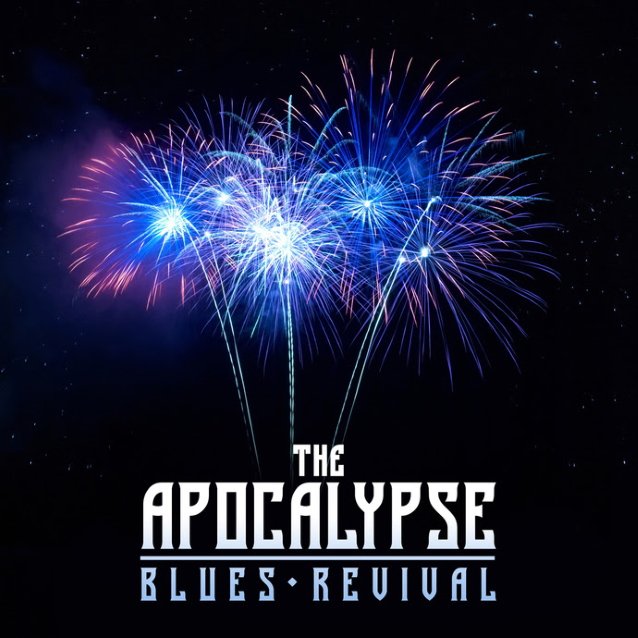