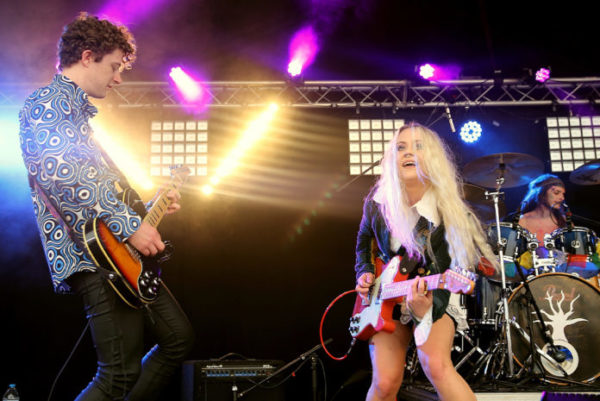 The classic rock and blues, the Cambridge Rock Festival, will be relocating to the East of England Arena and Events Centre, 18-21 June 2020, in a move to make use of the extensive and permanent facilities at the Peterborough venue to grow the festival.

Launched in 2004 the Cambridge Rock Festival has always been a family-run, family-friendly, music festival, in its first incarnation, it was known as the Rockinbeerfest, and was held at Huntingdon Racecourse with the first headliner being Dr Feelgood and The Stranglers and Wishbone Ash also headlining that year. Following a number of relocations to greenfield sites, the festival has now moved to the purpose-built East of England Arena.

Cambridge Rock Festival is run by volunteer music fans for music fans, with a great, friendly, non-corporate vibe! 2020 will see around 65 acts appearing over four days on three stages.

Dave Roberts, festival director, said: “We’re sure that the move has great benefits for all those attending, including tiered seating, hard standing for cars, permanent buildings, better transport links and more affordable accommodation for those not wishing to camp. It will also make life easier for us and we hope to secure the Cambridge Rock Festival for the future!”

The festival will continue to feature its usual real-ale bars with over 70 real ales and 25 farmhouse ciders on sale, and the new specialist gin, Pimms & Prosecco Bar.

The first few artists confirmed for this year include a diverse selection of original bands from Atomic Rooster, Dare, Hazel O’Connor, Cats in Space, Tygers of Pan Tang to The Strawbs. Thursday night top tribute shows to ELO, ACDC and Pink Floyd

Venue director, Jason Lunn, commented: “We could not be more delighted to welcome the Cambridge Rock Festival, it has a proud history of providing rock and blues music of the highest quality. Festivals such as this are a perfect fit for our venue, allowing the organisers to make use of the permanent infrastructure and focus their efforts on bringing the best bands to the stages.”