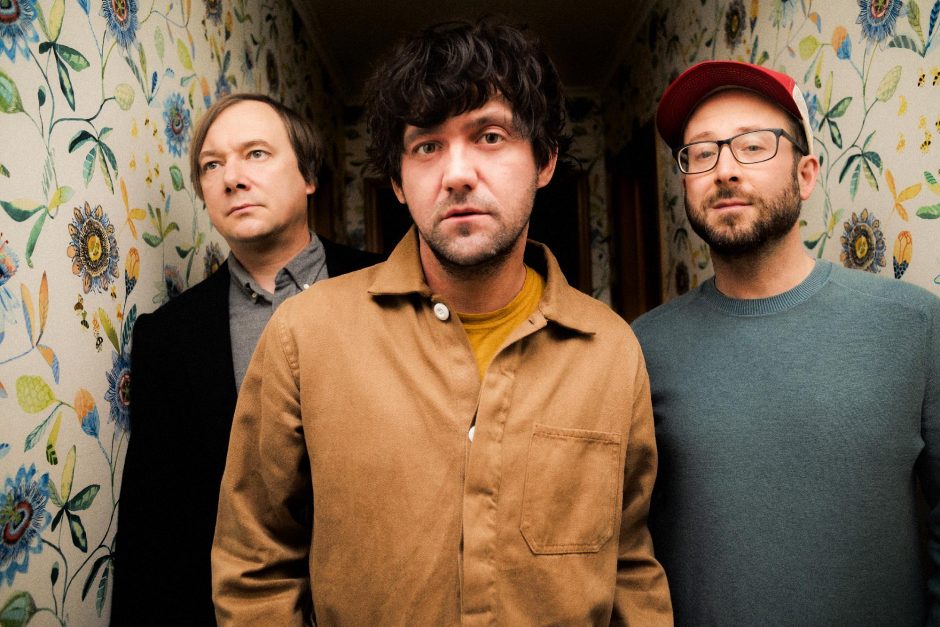 Although Nate Walcott’s Wikipedia page boasts his birthplace of Albany, the musician’s memory of the Capital Region could probably use a Wikipedia search of its own.

How could you blame him, though? After all, the multi-instrumentalist and member of award-winning indie rock outfit Bright Eyes only lived here for about three weeks before his parents moved to Central New York.

And after that, they went straight to Nebraska, where he met indie legend Conor Oberst and fellow bandmate Mike Mogis, a trio which formed in ’95 and has since released 10 critically acclaimed albums, their latest of which, “Down in the Weeds, Where the World Once Was,” is their first in nearly a decade.

“This sort of intricate layered approach that we find ourselves taking, for better or for worse, we certainly do get lost in the weeds sometimes,” Walcott says of how the new record’s name correlates with the album’s sound. “But we certainly enjoy it. And it kind of makes it interesting for us as we explore these different ways to kind of create a sonic for the songs.”

We caught up with Walcott following the release of the new record to discuss his short-lived stint in Albany (kind of), his production work for Phoebe Bridgers and A$AP Rocky, touring with the Red Hot Chilli Peppers, bringing Flea in for the new record and his advice for young kids looking to start a band.

While Walcott may not be Bright Eyes’ resident Albany expert, as his birth certificate may insist, his departure from the 518 still led him to meeting his bandmates, so maybe it’s for the better.

The conversation, edited for length, follows below:

Q: Talk to me a bit about your early life in the Albany area? Where exactly did you live, if you can recall?

A: I was only here with my parents for maybe two or three weeks, but we moved to Homer. So there’s no memories of Albany. Sorry about that.

Q: Your three weeks here, specifically, are still super interesting to me but I won’t get into any questions about them now. And before getting into the record, I’m looking at everything you’ve done; it’s quite impressive. The credits: A$AP Rocky, the Phoebe record. And something I’ve always wondered is, how do you know when a project feels like the right fit for you as an artist?

A: I don’t really think about it in those terms. I very rarely ever come across something that I think is not a good fit. I try to keep the door open to pretty much everything. And that’s what makes work, if you want to call it that “work” in quotation marks, interesting and fun for me, because being focused on so many different things, as a composer, as an arranger, as a writer, as a trumpet player, as a piano player, an orchestrator — I have to keep the door open to all of those kinds of music. Whether it’s jazz, or classical, or rock music or the Red Hot Chili Peppers or anything to kind of exercise all of those muscles, if you will.

Q: How important is that mindset in your career?

A: I think it’s up to the individual. To me, it’s very important. I remember when I was growing up in Nebraska, I had some great teachers who, when I was in my formative years, reinforced that idea regularly. But that was when I was a trumpet student, I was really quite serious about playing trumpet in high school, and that mindset was emphasized as being important. And I think that’s why I’m able to do things I don’t know, keep it interesting. It’s been frequently asked about. I’ve been asked about the Red Hot Chili Peppers in doing a lot of these press things, from people asking from the perspective of like, ‘Oh, you’re Nate from Bright Eyes. That’s kind of weird.’ And to me, it’s not weird at all. Like, nothing’s weird.

Q: Let’s talk about “Down in the Weeds, Where the World Once Was”: With the folks you enlisted here — Flea, Jon Theodore — it’s clear you wanted to push yourselves rhythmically. What was your favorite part about bringing these guys in for the sessions?

A: They brought so much to the record, and that’s what we’re after. You know, they both [have], on one hand, different kinds of backgrounds, but on the other hand, very similar backgrounds. Flea has a pretty deep background in jazz, which is something that he and I bonded over quite a bit. And John is an incredibly deep musician … You want musicians to bring a lot of themselves to something like this, but also, they did a wonderful job of not playing or bringing ideas just for the sake of ideas, like variance in the service of the song, which is really what it’s all about. So it was wonderful.

Q: When we look at the album title, did you ever think that this would be the world that Bright Eyes returned to? How did the timing feel?

A: I suppose you can say it’s a little bit uncanny. We thought we were going to be touring all year. I think we all expected with the election and just this feeling of a growing sort of need for transformation in our world. That’s an undercurrent that’s always been part of the creative process of things. I suppose that’s when the title made a lot of sense. But in no way did anybody ever see this [happening] in the world.

Q: Finally, do you have any advice for young folks here considering a family move to Omaha or Lincoln — or just interested in trying their hand at starting a band?

A: The only advice I would have is to seek out help from people in real life as much as possible. In real life and in real time, and I suppose that’s more difficult than it’s ever been. There’s really no substitute for that kind of connection and just interacting in real time with other musicians and exchanging ideas.

I feel fortunate enough to have grown up at a time when that was necessary. We were in a time when getting together with other kids was the thing to do when you’re playing music. Maybe not to sound like the old, traditional sort-of guy.

But now it’s so easy to get lost in Instagram, you know, making music through that medium and connecting that way. And I think, now more than ever, that’s become a necessary reality. But once the dust clears, and once it gets easier to make music with other people, I’d say that’d be my strongest recommendation: To connect as much as possible.

More from The Daily Gazette: