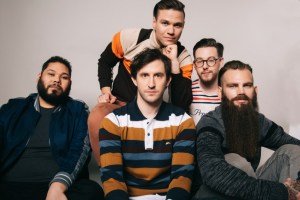 When Fleetwood Mac unleashed its seminal album “Rumours,” rock and roll was king. The genre dominated the charts. In 1977, seven of the top 10 selling albums of the year had a rock and roll bent: “Rumours,” “Simple Dreams” by Linda Ronstadt, “Aja” by Steely Dan, “Elvis in Concert” by Elvis Presley, “Street Survivors” by Lynyrd Skynyrd, “Foreigner” by Foreigner and “Point of Know Return” by Kansas.

In 2019, the only vaguely rock and roll album in the top albums of the year was Billie Eilish’s “When We Fall Asleep, Where Do We Go?” For the July 25 album charts, the only rock acts are the same ones that might have found their way onto the charts in 1977, such as Queen (“Greatest Hit”), “Rumours,” Journey (“Greatest Hits”), Tom Petty (“Greatest Hits”), The Beatles (“Abbey Road,” “1”) and AC/DC (“Back in Black”).

Essentially, rock music has been marginalized, granted consolation prize charts from Billboard such as “Hot Rock and Alternative Songs” and “Rock Albums.”

In the midst of the rock wasteland on Billboard’s Top 200 is an act by the name Dance Gavin Dance. Their latest album is dubbed “Afterburner.”

Despite the name, however, the California-based group does not performance dance music. Instead, it’s a refreshing rock change of pace on the charts.

Dance Gavin Dance is the 21st century incarnation of the genre. The group uses modern metal touches such as blast beats from the drummer (Matt Mingus). Also, Jon Mess has mastered the modern metal art of the unclean vocals (sometimes called the death growl), which originated with the death metal movement.

Despite the modern touches, there are plenty of unexpected progressive rock flavors on “Afterburner.”

Clean vocalist Tilian Pearson sometimes reminds me of Rush’s Geddy Lee. Other times, he taps into the elven spirit of Jon Anderson of Yes. And, a little bit more obscurely, he has echoes of Rik Emmett of Triumph (“Magic Power”).

Mingus, when he’s not pounding out the blast beats, works the drum kit similar to Neal Peart with complex rhythms and odd time signatures.

The songs have the power of what is called metalcore. But again, you can hear echoes of Yes’s more experimental (and more difficult) prog rock albums such as “Relayer” and “Tales from Topographic Oceans.”

Unlike the progressive rockers, however, Dance Gavin Dance avoids fantasy lyrics and metaphors influenced by the writings of Ayn Rand.

The lyrics, instead, tend to be more emo rock, where things are more personal, delving into the pain of broken love.

“I’m underwater, drowning ‘til you/ Heal my soul ‘cause I’m one in a million,” the group sings in its single “One in A Million.”

In another single off “Afterburner,” “Three Wishes,” the group sings “Got to the bottom of the fallout, now you’re back in my arms/ We didn’t listen to the mission, now we’re back in a spar.”

“Afterburner” burns brightly for the first two thirds of the album. If you listen to it while you’re driving, you’re likely to develop a lead foot on the gas.

Yet, like most rock acts these days, the album could have used a little editing for the sake of cohesion. Frankly, things get to be tiresome toward the end.

See Also:  Time was right for song about coronavirus

But in a rock and roll deprived world, where guitars and amplifiers are no longer part of the musical royal family, Dance Gavin Dance proves there is good rock music out there. You just have to do a little digging to find it.