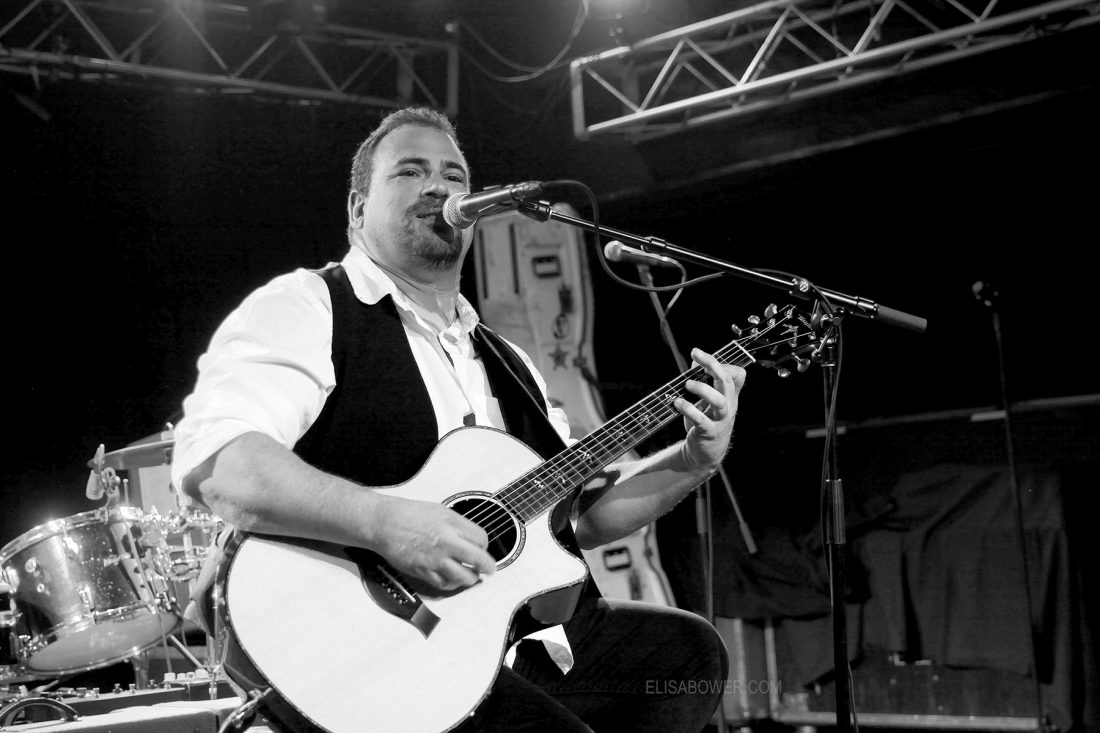 Jeff Fetterman has come a long way since his very first performance as a 13-year-old in Willow Creek, Pa.

The Bradford native and current Kane resident was in California earlier this year recording his newest blues album, “Southern Son” when COVID-19 travel restrictions began. Saturday, Fetterman will begin a limited, socially-distanced tour in support of his new album with a performance at 8 p.m. at the Struthers Library Theater, 302 W. Third Ave., Warren.

Fetterman has performed hundreds of times in his touring career, but relatively few in Warren.

“They’re going to experience the time of their life,” Fetterman said. “We want to show them a good time. We’re a hard-rocking blues rock band. We love to play and love to have audience participation and interaction. We’re goign to show them what a good time is all about. We want to make them feel as good listening to the music as we feel playing and making it.”

That’s a far cry from Fetterman’s first show, which came at the tender age of 13 through Sam Scott, a friend of Fetterman’s father. Shortly after Fetterman began playing the guitar, Fetterman and his father traveled to a show in Limestone, N.Y. When Scott’s band went on break Fetterman introduced himself to the group. That talk led to a performance a short time later at a jamboree at the Horton Hotel.

“We were just a bunch of kids,” Fetterman said. “(Scott) took me under his wing and let my band play an hour slot. I’ve always admired him and always given him credit for taking me under his wing and showing me the ropes as a young kid. He knew how much I loved music and how much I wanted to play in a band. It was nice of him to do that to a young kid, to let me tag along. He showed me everything — how to haul equipment, how to set up, how to mix music. I try to do the same now. Young kids like that, fellow musicians, I try to help them as much as I can because I know how it feels trying to break in somewhere and make contacts.”

“I believe it was Jimi Hendrix’s greatest hits that was the first record that had blues music intertwined with regular music. What probably got me into blues music is I always listened to every different style of music, and as I started getting more into guitar I started listening to the Allman Brothers, Hendrix was always a huge influence and I kind of branched off from there. I listen to all different kinds of music, but something kept drawing me back into the blues style of music.”

Those who go to Saturday’s performance will see Fetterman playing a Fender Stratocaster. The Bradford native’s first guitar, though, was a hand-me-down acoustic guitar given to Fetterman from a kid up the street who had his own band. Then, the budding guitarist’s parents bought him a guitar from a JC Penney’s catalog as a Christmas gift. Eventually, Fetterman took the path of most musicians before settling on the Stratocaster.

“After that, I started trading off, trading one guitar for another, saving up for another one or buying a different one at a local music store,” he said. “Now I use a Fender Stratocaster exclusively. I just really like the Fender Stratocaster. It feels really good in my hand. It’s a solid, versatile guitar. It’s like the Timex watch — it takes a licking and keeps on ticking. The Stratocaster is a really good, solid, well-built guitar. It has a versatility to it and I’m a hard player. I’m very hard on my instruments, and it’s very road-worthy and very trusty.”

Fetterman was a 2018 semifinalist at the Memphis International Blues Challenge, was qualified to return for the 2019 International Blues Challenge in January and was the winner of the studio awards program scholarship from ASCAP. His 2017 album, “9 Miles to Nowhere,” was named the Best Self-Produced CD by the Blues Society of Western PA and forwarded to the IBC. The album was also named the 2017 Album of Year by the Rock Erie Music Awards (REMAs) in Pennsylvania. The Jeff Fetterman Band was also named the 2017 Best Blues Band of the Year at the REMAs. His 2016 release Bottle Full of Blues is still receiving critical acclaim both in the US and the UK. He earned a position in the 2017 and 2018 IBC in Memphis and has endorsements with Zemaitis Guitars and Nicola strings.

When asked which collaboration stands out most in his mind, Fetterman was quick to point to his first performance at the Carnegie Music Hall in Pittsburgh.

“The very first show I played with Kenny Wayne Shephard at the Carnegia Music Hall in Pittsburgh,” Fetterman said. “I’ve played 3-4 times there with him, but the first time was like, ‘Wow.’ It was almost surreal.”

Fetterman said he would love to perform with Joe Bonamassa, one of the biggest names in blues rock with 22 No. 1 Billboard blues albums and the honor of touring with B.B. King at the age of 12. His dream collaboration, though, was Greg Allman — a collaboration that nearly happened before Allman’s death in 2017.

“I almost had that happen but missed out. I wanted to try to open up for Greg Allman. That didn’t happen obviously, but when he was coming to Pittsburgh I was talking to the promoter and they ended up needing a guy doing an acoustic thing and they ended up bringing another fellow on the road. He was one of the dream guys I wanted to do a show with and meet. As far as anybody now it’s hard to say. Most of my influences and guys I really looked up to I’ve pretty much met then and done shows with them.”

Saturday’s show will be the beginning of a new tour, though it will be nothing like the tours that Fetterman, drummer John McGuire, bassist Ralph Reitinger and guitarist Eric Brewer are used to undertaking. The Southern Son tour will remain in the Ohio, New York and Pennsylvania areas.

“Usually by this time of the year we’ve got 50 or 60 jobs under our belt and thousands of miles already traveled. This year we’ve probably gotten 15 shows in at most. “We can’t really get get itno crossing over a lot of state lines because every state has a different mandate, and that makes an impact on travel time and doing shows in different clubs. We’ve had shows booked only to have them cancelled a month before the show was supposed to happen. It’s made a huge impact on everything. Not just the musicains, but the venues and people doing the club scene. It’s been terrible. It’s hurt everybody from top to bottom.”

For more information on Fetterman or to listen to songs from “Southern Son,” visit www.jefffetterman.com. Tickets for Saturday’s performance at the Struthers Library Theater are $25. Only 200 tickets will be sold due to COVID-19 pandemic attendance limitations. For more information, call 814-723-7231 or visit www.strutherslibrarytheatre.org.

Today’s breaking news and more in your inbox